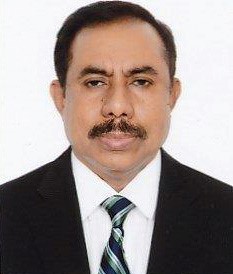 Syed Rafiqul Haq has recently been promoted to the rank of Additional Managing Director (AMD) of Mutual Trust Bank Limited (MTB) with effect from January 01, 2020. Prior to this elevation, he was the Deputy Managing Director (DMD) and Chief Business Officer (CBO) of MTB. Haq joined MTB on October 21, 2013 and since then has made significant contributions to the bank. Before joining MTB, he was the Area Head, Corporate Banking of Eastern Bank Ltd., an organization he joined in 1998.

Rafiq, who completed his MBA from the Institute of Business Administration (IBA) after doing his M.Sc. from the University of Dhaka, started his career with IFIC Bank Limited as a Probationary Officer in 1984. During his tenure with the bank, he served different departments including discharging of responsibility as Branch Manager. A veteran in the banking Industry, Haq has received different professional training at home and abroad including International Banking from Commerzbank, Frankfurt, Germany and Unicredit Bank, Milan, Italy. Rafiq is the eldest son of Begum Halima Haq and Late Syed Mazharul Haq, former Chairman, Department of Geology, University of Dhaka.