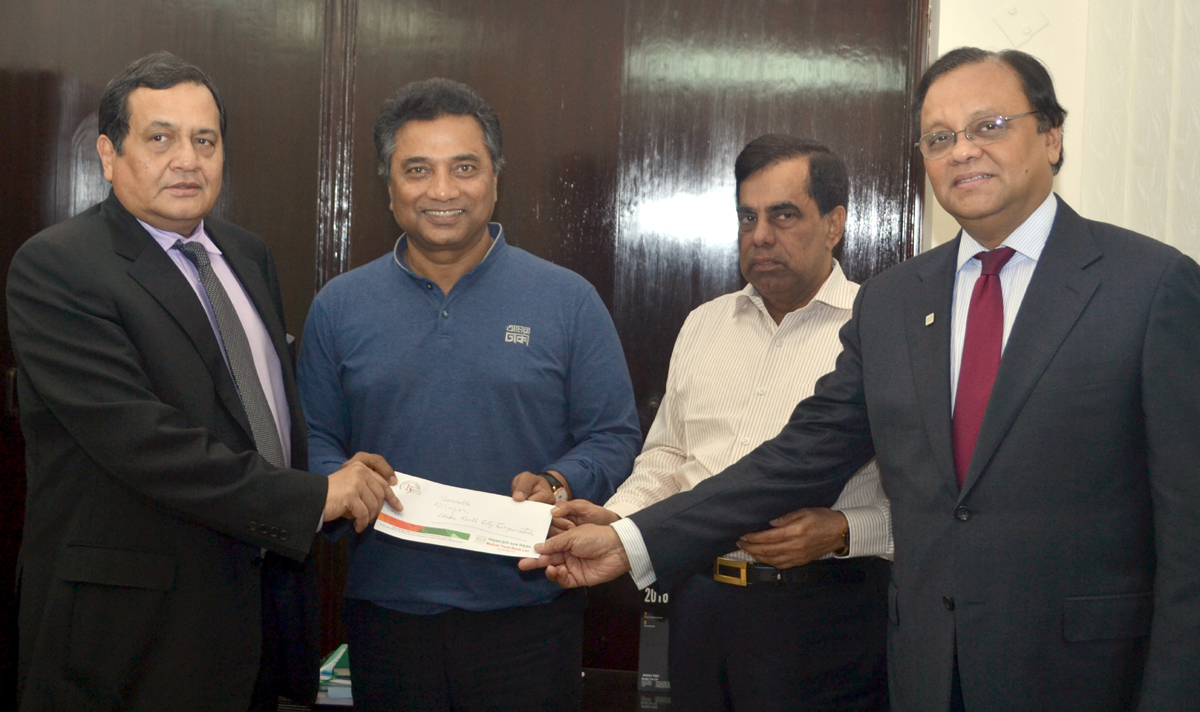 Rashed A. Chowdhury, Chairman, Mutual Trust Bank Limited (MTB), along with Md. Wakiluddin, Director and Anis A. Khan, Managing Director & CEO are seen handing over a cheque of BDT One Million to Annisul Huq, Mayor, Dhaka North City Corporation (DNCC), for the CCTV surveillance project, at a simple ceremony, held at the Mayor’s office in Gulshan, Dhaka. It may be mentioned that MTB had earlier donated BDT One Million Five Hundred Thousand for the project in 2015.