MTB condoles the passing away of AKN Ahmed, the 2nd BB Governor 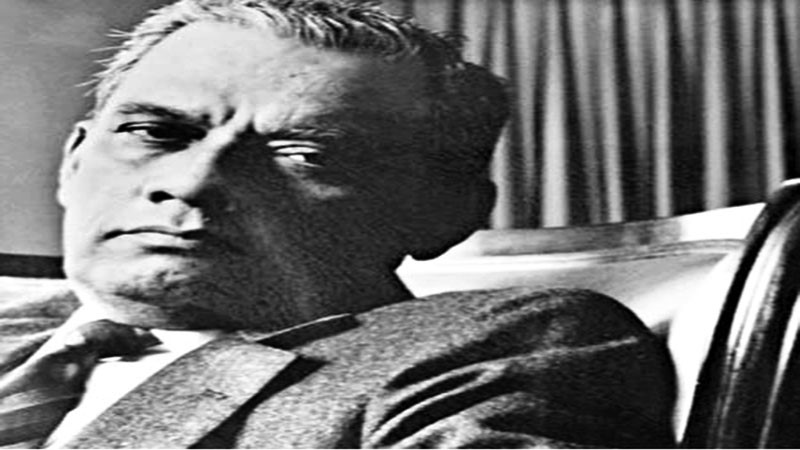 A.K.N. Ahmed, a bright luminary in the central banking arena both at home and abroad, passed away on Wednesday (February 24, 2016) in Washington DC at the age of 85. During his long professional career Ahmed served with distinction in many important positions including Executive Director, State Bank of Pakistan. Deputy Managing Director, Industrial Development Bank of Pakistan, Chairman and Managing Director, Sonali Bank and the Governor of Bangladesh Bank (1974-76). In the early part of his career in the 50’s he also worked in the World Bank.
As governor of Bangladesh Bank in the turbulent and crisis ridden seventies, Ahmed earned the admiration of the government and the donors by demonstrating his acumen and untiring zeal for rebuilding the country’s fragile financial structure literally from scratch. He particularly proved his mettle by initiating crucial measures for revamping the payment and banking system, printing of new currency notes, and massive devaluation of the national currency and demonetization of higher denomination notes. These measures served to rein in the runaway inflation that had been seriously afflicting the nation’s fledgling economy. His towering presence in the country’s financial horizon in those defining moments of the new born country made him a legend in his lifetime.
Towards the end of his career Ahmed served stints with the World Bank, a multinational commercial bank and worked as Bangladesh ambassador to Japan and South Korea. These assignments provided him an opportunity to witness, from a vantage point, the changing panorama in the international financial and political landscape on a bigger canvas and set the stage for him to churn out a prodigious amount of articles and books on diverse topics ranging from central banking to world economic and political order, environment and technological changes. His versatility to assimilate new ideas and thoughts is borne out by the fact that while in Japan as Bangladesh Ambassador, he wrote a book on Japanese culture and society. It earned him Alexander, the Great gold medal from the Institute of Oriental Philosophy, Soka Geiki University, Tokyo.

A K N Ahmed had an admirable ability to harmonize his thoughts with imaginations to create what the tech savvy connoisseurs these days would probably call virtual reality. He is particularly remembered for clarity of his ideas, deep insight, analytical ability and courage of conviction to swim against conventional thoughts, especially on complex economic phenomena. He never hesitated to candidly express his thoughts in his own inimitable ways without caring for their bitter fallouts which, in real life, he often had to weather in full measure. His frank opinions often earned inevitable wrath of his detractors. After the traumatic events of 1975 they wasted no time to see him off from his favourite milieu of banking and finance in Bangladesh. In his own words, “In the end, after the assassination of Sheikh Mujibur Rahman, I resigned as governor of the Bangladesh Bank when I came to the conclusion that it was no longer possible for me to serve in that capacity with clear conscience”. (Random Thoughts).
It was not the first time that he fell out with the power that be. In 1971 he was interrogated in Lyallpur military camp for days together to force him to testify against Bangabandhu Sheikh Mujibur Rahman in his trial there. He earned the wrath of the court by refusing to implicate Bangabandhu who in 1976 publicly acknowledged Ahmed’s courage and sagacity (ibid).
In his various writings AKN Ahmed pointed out that growth is not the sine qua non of development and wellbeing of the ordinary masses and advised against placing too much faith in the existing form of capitalism as a vehicle of progress and prosperity. While acknowledging the supreme importance of technology for survival in this tech-savvy age he warned against too much reliance on developing software without erecting a strong platform for developing hardware. The failure of the banking system to build adequate safeguards in their ATMs that led to a spate of frauds and forgeries in recent months demonstrates how prophetic he had been in seeing these things coming.
One disquieting aspect of banking that lately agitated Ahmed’s mind is the deterioration of its ethical standard. He literally took on the role of a lone ranger to launch a campaign for strengthening ethics in banking and contributed money and support to set up an annual lecture programme at the Bangladesh Institute of bank Management. Eminent citizens of the country are invited to speak on the subject. That unfortunately had very little impact on ethical standard of this vital sector of the economy. The sector has become a playground for fraudsters, loan defaulters and rent seekers. It has indeed become a springboard for crony capitalism and a veritable breeding ground for widening the gap between the rich and the poor. While paying tribute to late AKN Ahmed we should redirect our efforts to address his unfinished agenda to re-establish ethics in banking as a starting point for creation of an exploitation free society.
The writer is a former Executive Director of Bangladesh Bank